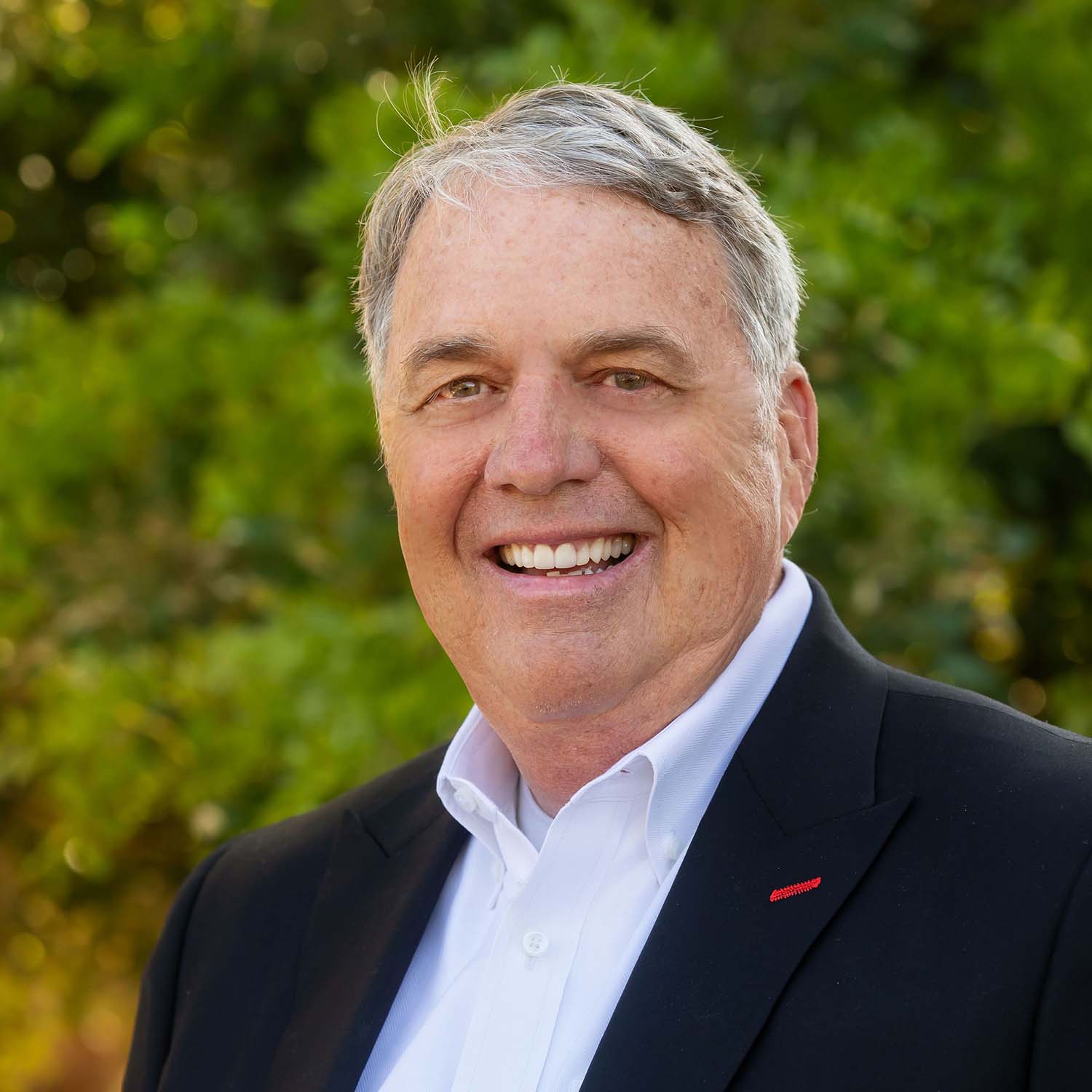 The Dana name has become the symbol of a quality Estate Plan in Arizona. It has taken over 34 years to develop and continues to strive for excellence in the Estate Planning community. At its core is Estate Planning lawyer Matt Dana.

Matthew S. Dana, JD, LLM, CPA, CLU, began his legal career in Mesa Arizona in 1984 after graduating from ASU Law School. Five years later he founded Dana & Associates, Inc. and began to solely focus his practice to Estate Planning. A few years later as the firm began to grow, Matt changed the name to Dana Law Firm and moved the headquarters from Power Road in Mesa, Arizona to the Perimeter Center in north Scottsdale.

During this period of expansion and growth of the Dana Law Firm, Matt Dana was able to train over 20 estate planning associate attorneys, including his two sons Rilus Dana and Zachary Dana. “This was the happiest time in my career”, said Matt. The firm was evolving into the premier Estate Planning law firm that it is today. Matt Dana was evolving into one of the elite Estate Planning lawyers in Phoenix and Scottsdale and throughout Arizona.

In 2014, Matt Dana was asked by the national law firm of Quarles & Brady to head up their Estate Planning practice in Arizona. It was a sign that others in the community were recognizing what he had built at the Dana Law Firm. Since Matt always seeks a challenge and strives to become the best Estate Planning Lawyer in Arizona, he accepted the position. He was able to bring 5 of the best lawyers and paralegals from Dana Law Firm with him to Quarles & Brady.

In October of 2014, the Dana Law Firm suspended practicing law. However, it is still a viable corporation owned by Matt Dana, its founder. Even today there are a few cases that are still pending and some fees are still being paid to the Dana Law Firm. Matt’s two sons have both evolved into very fine Estate Planning lawyers. Rilus has since started his own practice known as Dana & Associates, LLC, and Matt’s other son Zachary practices Estate Planning under the name of Dana Law Group. Matt is very proud of both of his sons.

After Matt finished his three-year contract with Quarles & Brady, he decided to go back to his own private Estate Planning practice. Although he gained some invaluable experience at Quarles & Brady, he missed being an entrepreneur and the challenges of running his own firm. He was able to convince three of his long-time attorneys from Dana Law Firm to rejoin him, Trevor Whiting, Todd Smith, and Donnie Coats. He was also able to bring back his paralegal Terri Deemer, who he had taken with him to Quarles & Brady, along with Trevor Whiting. He was also able to convince one of his daughter’s, Kyndall Yates to once again be part of the team that he established at the Dana Law Firm. In order to distinguish this new law firm from Dana Law Firm and all of the law firms that have splintered off from Dana Law Firm, and to provide for a Succession Plan, Matt Dana made Trevor Whiting his partner and named the firm Dana Whiting Law.

Now, we are over 6 years into Dana Whiting Law and we have seen remarkable growth and expansion throughout Arizona and California, especially with the high net-worth clients. Since the firm has Attorneys licensed in nearly 20 different states, Matt is now seeing clients all over the country.

Matt is one of only a few lawyers in Arizona that is an Attorney and CPA. He is a member of the Trust and Estate Section of the Arizona Bar. He is also admitted to practice before the United States Tax Court. Matt has been active in various tax and estate planning organizations throughout his career including Central Arizona Estate Planners and East Valley Estate Planners and is a frequent speaker for various charitable organizations and estate planning professional groups.

While working on his undergraduate and graduate degrees, Matt was a College Agent for Northwestern Mutual Life. During his years working in the life insurance business, Matt furthered his knowledge of the use of life insurance in estate planning by becoming Chartered Life Underwriter (CLU) and a Chartered Financial Consultant. (ChFc)

Matt has always immersed himself in various charities throughout the state helping them raise money, advising them on tax laws that benefit charities, and helping them create Professional Advisory Boards made up of estate planning professionals. Currently, he is significantly involved and serves in various capacities for the Sun Devil Club of ASU, the Phoenix Theatre, and the Western Spirit: Scottsdale’s Museum of the West. In the past, he also served in various positions for Phoenix Suns Charities and for the Ronald Reagan Presidential Library. Matt is always available to speak to your organization on the tax advantages of charitable giving. He is especially experienced and knowledgeable on Charitable Remainder Trusts. 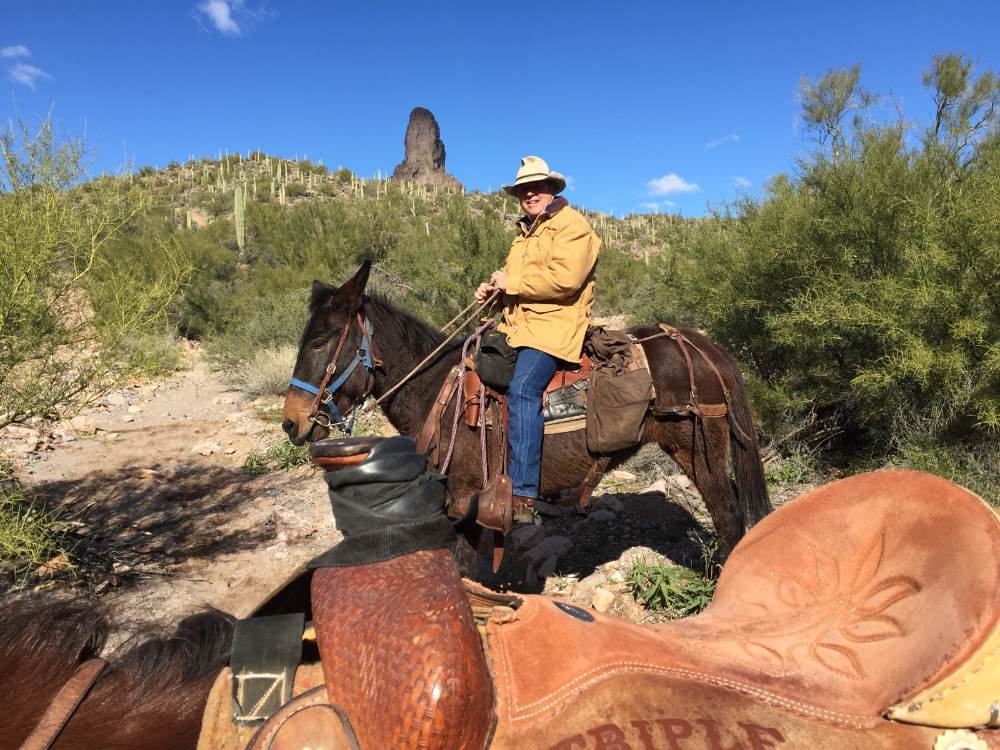 In his spare time, Matt enjoys his family wherein he and his wife Nancy have raised 5 beautiful children and 14 grandchildren and still counting. He is adored by his grandchildren and loves being their “Papa” and playing with them outside. He loves his western heritage and follows his father’s footsteps in riding the many horse trails in Arizona. Currently, Matt is about half way finished with riding his mule, (“Lori Darlin”) on the approximately 850 miles of the Arizona Trail.

He loves the outdoors and when he is not riding the Arizona Trail he spends most weekends working on projects with his beloved Nancy at either their “ranch” on the Mogollon Rim or their log home in Pinetop. Matt professes “to be 20% cowboy”. But, if you visit him at his Scottsdale office decorated with all of his father’s barn wood, western memorabilia, bronzes and western art you would come away knowing that he is “100% cowboy at heart”

We know the importance of a good name and the importance of preserving family values. The Dana family has been in Arizona for 5 generations. Perhaps you have seen three generations of Dana’s as news anchors on channel 12. (Joe, Kent and now Joe Dana). We know the importance of community and of faith. We know that in the end, the most valuable assets you have are your loved ones. Those are the assets you want to plan for and protect. “I learned a long time ago that as much as I love our family compound on the Mogollon Rim, it isn’t worth anything without the family being up there”, said Matt. “Without the joy of grandkids running up and down the meadow it is nothing more than a 15-acre15 acre parcel of forest land”, said Matt. “Estate Planning in the right way will bless the lives for generations to come. The lack of planning or improper planning will ultimately lead to hardship, heartache, and despair.