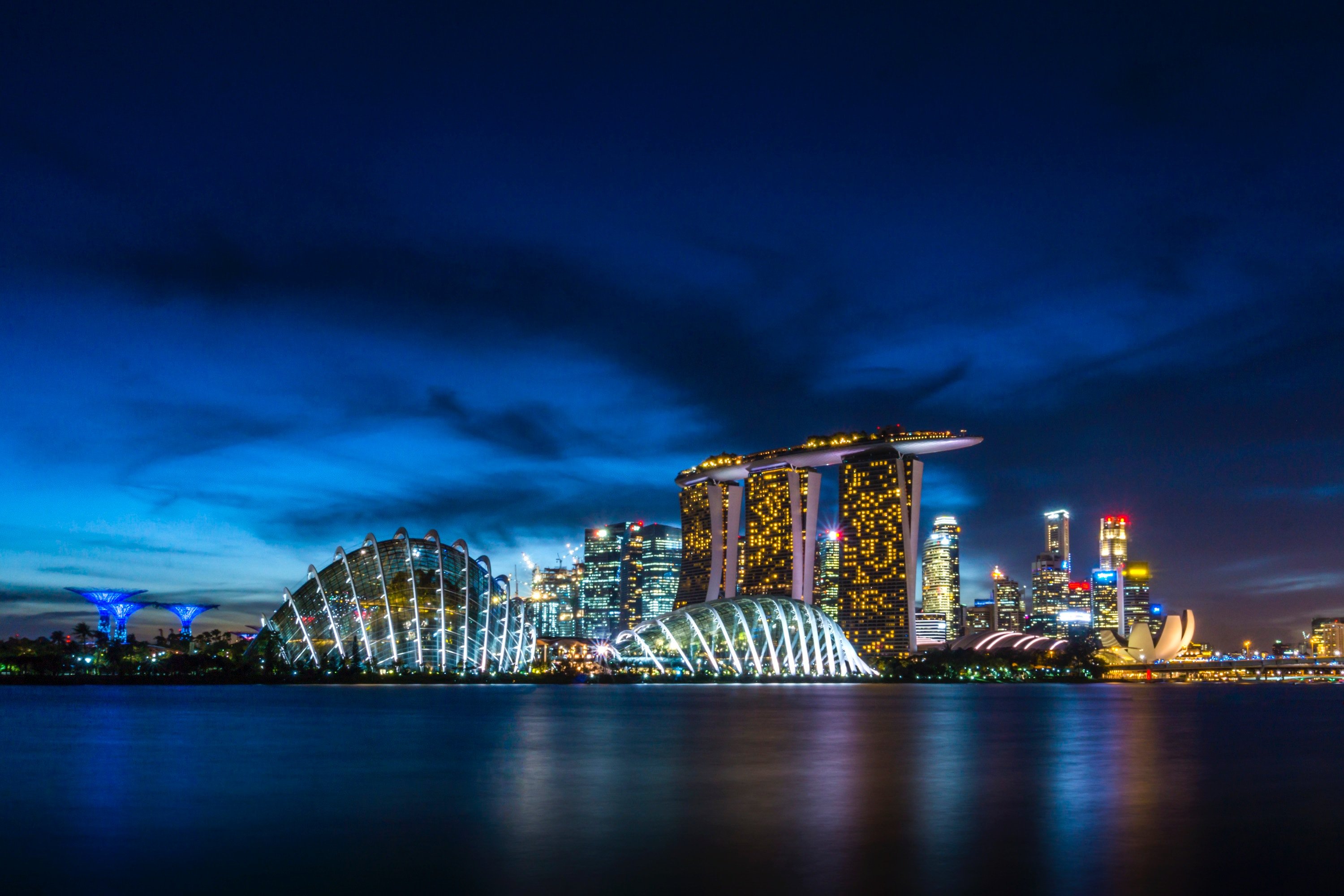 Have you had your Trust reviewed?

It is true that the estate tax only impacted 1% of all Trusts, however, virtually every Trust that has been drafted over the last 30 years has many provisions in it that are directly related to estate tax code
sections, concepts and strategies. As we all know, one of President Trump’s main tax promises was to repeal the estate tax once and for all. (Remember, President Bush was successful in repealing the tax for one year but was never able to achieve permanent repeal) With both the House and Senate controlled by Republicans, most tax analysts believe that the repeal of the estate tax is a virtual certainty. And, even if for the slightest of possibilities that it isn’t repealed, it certainly is time to eliminate the estate tax concepts and provisions in Trusts of 99% of America. This article will describe a few of the clauses and provisions in a Trust that need to be changed no matter what Trump does because the estate tax is no longer relevant.

Let’s first discuss Trusts created for married couples. Most of these Trusts are commonly known as an A/B Trust. The reason for this is that the joint Revocable Trust established by the couple splits into two separate sub-trusts upon the death of the first spouse. This type of Trust has been hotly debated and redesigned over the past 10 years as the significance of the estate tax has been eliminated. The A/B split was developed as a pure estate tax concept. Its original design was to protect against the loss of the estate tax exemption of the first deceased spouse. Today, because of “portability” there are other ways to protect
the exemption.

There may be some non-tax advantages to splitting a Trust at the death of the first spouse such as creditor protection for the surviving spouse or preventing the spouse from changing the beneficiaries. But there is no need any longer for a B Trust from a tax standpoint for most people even if the estate tax is not
repealed.

If a married couple decides that they want to keep the A/B split inside of their Revocable Trust for non-tax purposes, (such as creditor protection to the surviving spouse) then the formula clause that describes how the Trust splits and which assets are allocated to which Trust certainly needs to be drafted differently. In most cases, the amount allocated to the B Trust is described by a formula tied to the estate tax. (Example ” transfer to the B Trust the largest amount possible without creating an estate tax”) Absent an estate tax, this clause should be redrafted to allocate to the B Trust “all of my sole and separate property
and my one-half of the community property”, or at least some percentage of these assets or perhaps a stated dollar amount. Since the B Trust will exist for non-tax reasons like protecting the children from being disinherited by the surviving spouse, the amount the client allocates will depend on the amount the client wants available for the surviving spouse “use and enjoyment” without giving the spouse outright control over those assets.

Also, in the allocation provisions between an A and B Trust, there are a few other clauses that are tied directly to the estate tax. One has to do with the date on which assets are valued as a result of the death of the first spouse. There were a couple of different dates that could be used for estate tax purposes. But, for purposes of achieving a “stepped up” basis, it may simply be the date of death value that would control. The concept of an “alternate valuation date” was a concept tied to the estate tax.

In addition, there are other tax elections that are found in these clauses. One of the most
prominent clauses dealt with a “QTIP Election” which is purely an estate tax concept. This was an election to pay estate taxes at the death of the first spouse or defer them until the death of the 2nd spouse. There may also be a clause allowing the executor to make a “Reverse QTIP Election”. This is also a clause tied directly to the estate tax and the generation-skipping tax, which would also be repealed with the estate tax. None of these clauses would have any relevance to a Trust where the estate tax has either been repealed or is not a factor.

Now, assuming the couple wants to continue with an A/B Trust for the non-tax reasons briefly
described above. Remember, the A Trust is merely a continuation of the Revocable Trust and represents the surviving spouse’s community property share of the assets. The A Trust will require very little change if the estate tax is repealed. It already will receive a 2nd stepped up cost basis when the Surviving Spouse passes away.

However, there are many provisions in the B Trust that will need further thought and consideration without an estate tax. The B Trust by design becomes irrevocable to achieve asset protection for the surviving spouse and also prevents the surviving spouse from changing beneficiaries and disinheriting the children in the event the client remarries. So, the issue becomes “how much control can you give the spouse over the B Trust, and still achieve creditor protection”. This was a different analysis for estate tax purposes where the analysis was “how much control can I give the spouse over the Trust and still keep the assets out of her taxable estate when she dies”. There are some similarities between the two questions but there are also some distinctions

How much income can the spouse withdraw? From an estate tax standpoint, the clause was usually
drafted where the spouse was able to take all of the income. Now, under an asset protection analysis, it would be better to change this clause where an independent trustee has the discretion to distribute the income to the spouse. But, the trustee would also have the ability to accumulate the income and not distribute it in the case where there were creditors of the spouse eager to garnish the income stream.

How much principal can be distributed to the spouse? There are typically two clauses dealing with principal distributions. The first was a withdrawal right where the spouse could demand 5% of the total corpus per year for any reason. This was the amount the IRS permitted without causing estate tax inclusion. But now, under a creditor protection analysis, this type of clause could allow a creditor to force the beneficiary to exercise that withdrawal right and take out the principal for the creditor to attach. These clauses should be eliminated or redrafted to give the withdraw power to someone other than the spouse but exercised for the spouse’s benefit.

The second clause applicable to the distribution of principal was a power in the hands of a Trustee to use its discretion to distribute principal for the “health, education, support and maintenance of my spouse”. Once again, this was a clause to give the spouse the “use and enjoyment” over the B Trust, yet when the spouse died the IRS could not assess an estate tax against it. Thus, it was called a “bypass trust” because it would bypass the estate tax even though the spouse enjoyed the benefits. Would this clause remain the same with respect to analysis for creditor protection? The answer would depend on who is the Trustee. If the spouse is the Trustee the creditor could once again force distributions. (However, under an estate tax analysis it was ok for the spouse to be the Trustee without causing estate tax inclusion) This will cause a shift from naming the spouse as the Trustee to naming an independent Trustee. Also, there should be language in the document that permits the Trustee to withhold all distributions in the event there is a creditor.

Another typical clause in a B Trust is called a “power of appointment”. This is the power, in the hands of the surviving spouse, to change the beneficiaries of that B Trust to take effect when he or she subsequently dies. In other words, even though that Trust was irrevocable at the death of the first spouse, the surviving spouse could still have the power to change the remainder beneficiaries. The IRS allowed this power in the hands of the surviving spouse and yet, still could not assess an estate tax over the B Trust. But, there are very specific Internal Revenue Code sections that define the scope of this power. Absent an estate tax, these clauses could be drafted much differently. For example, for estate tax purposes it may have made sense to give the power to the surviving spouse to appoint to “my estate”. However, for creditor protection purposes, this would be a mistake because it would allow the creditors of the spouse, after he or she died, to reach these assets.

Another section that should be reviewed closely in everyone’s Trust is the Trustee provisions and the successor Trustee provisions. We already discussed above that for creditor protection it is not advisable to have the surviving spouse as Trustee over the B Trust. And for asset protection, it may also be advisable to use a successor Trustee that is completely independent rather than a family member. Also, the ability of the surviving spouse to have the power to remove and replace that Trustee needs to be carefully analyzed. Any power in the hands of the spouse could be a power transferred to a creditor to force the change of a Trustee.

And last, when both spouses are deceased, the provisions distributing the assets down to the
children need to be redrafted. Typically, once again, these assets may have flowed into sub-trusts for the kids that were designed for their “use and enjoyment”, without triggering a 2nd layer of estate taxes upon their subsequent death (this type of planning was typically called “generation skipping planning” because it prevented the IRS from taxing each subsequent generation). With the estate tax eliminated, the need for generation-skipping planning is also eliminated. This means that these sub-trusts for the kids need to be redrafted to provide greater creditor protection. Many of the clauses and provisions discussed above apply to the surviving spouse in a B Trust are applicable here for the sub-trusts for the kids.

Estate tax repeal for the wealthy may never happen. But, the estate tax has already essentially been repealed for 99% of Americans as a result of the federal exemption being $5,450,000. Over the past 30 years, the provisions in everyone’s Revocable Trust have evolved from estate tax concepts. It was certainly a situation where “the tax tail wagged the dog”. Now, it is time to let the dog wag his own tail, meaning non-tax provisions in a Trust like creditor protection, like incentives and restrictions, like age requirements when children should inherit, etc. etc. should control the document. Not some old and outdated tax concepts that simply don’t apply anymore. And, for those of you who are environmentally friendly, watch the number of pages to draft a Trust shrink from an average of maybe 40 pages to an
average of maybe 20 pages.

The Dana name has become the symbol of a quality Estate Plan in Arizona. It has taken over 34 years to develop and continues to strive for excellence in the Estate Planning community. At its core is Estate Planning lawyer Matt Dana. [Learn more about Matt]